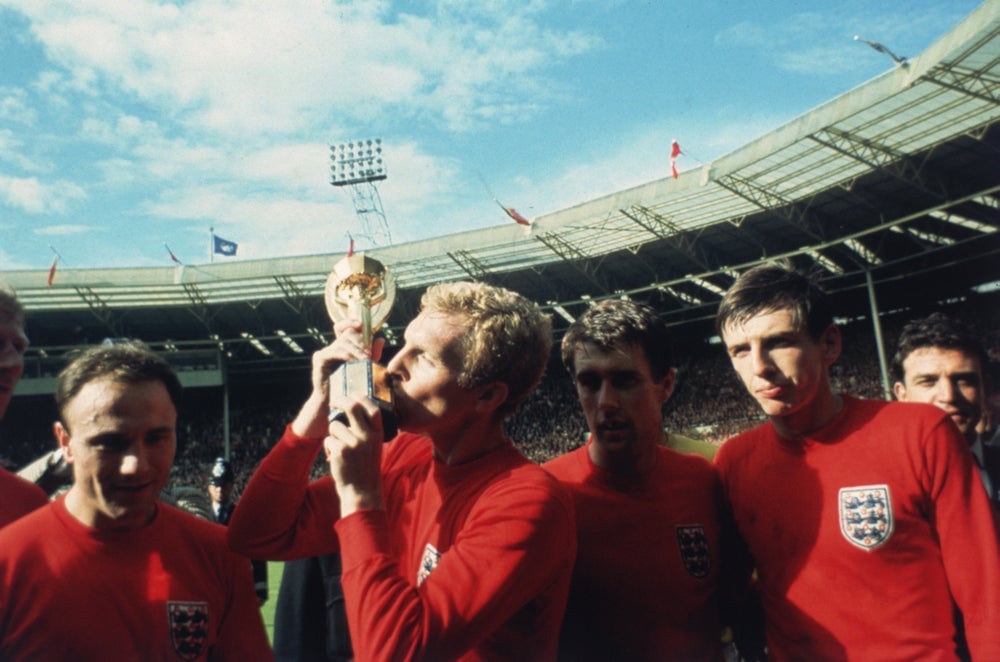 NOAH MEDIA GROUP & CHANNEL 4 ANNOUNCE DOCUMENTARY ‘1966: WHO STOLE THE WORLD CUP?’ - THE INCREDIBLE STORY BEHIND THE STRANGE DISAPPEARANCE OF THE JULES RIMET TROPHY

Award-winning production, distribution and technology company Noah Media Group today announced new documentary 1966: Who Stole The World Cup? in partnership with Channel 4 and set to TX in the UK on November 14th.

England Football’s men’s team will be one of the favourites for victory at the 2022 World Cup in Qatar, having finished runners-up to Italy at last summer’s delayed Euro 2020. The last time the Three Lions clinched victory in the tournament? 1966, when Bobby Moore raised the cup aloft. But he almost never got the chance to...

Just weeks ahead of the tournament, the Jules Rimet trophy was stolen in London. The UK government, the Football Association and the police force quickly became an international laughingstock. That is, until a dog named Pickles retrieved it - and became a national hero. The truth of who stole the World Cup and what happened to the statuette in the days it was missing has remained a mystery for decades. Until now.

Narrated by Alan Ford (Lock, Stock & Two Smoking Barrels / Snatch), 1966: Who Stole The World Cup? reveals on screen for the very first time, the real story behind the strange disappearance of the Jules Rimet trophy - and the identity of the thieves whodunnit.

1966: Who Stole The World Cup? is produced and directed by Noah’s Richard Milway (Academies: Santos),and Marcus Liversedge (British As Folk). Noah Media Group & Channel 4 previously collaborated on the 2019 SJA Award-winning Adam Hills documentary, Take His Legs. 1966: Who Stole The World Cup? is one of three further documentary projects upcoming from Noah and Channel 4 and will be broadcast at 10pm on Monday 14th November on Channel 4.

Noah CEO John McKenna says: “The story of what happened to the World Cup in 1966 is quite incredible! I am delighted that the Noah team has been able to bring this to life in such an entertaining, stranger-than-fiction style. We’re also very happy to be once again partnering with Channel 4 to bring this story to audiences across the UK.’

Will Rowson for Channel 4 added: ‘“I’m delighted to have commissioned this film. Like most football fans, I could tell you the name of the dog who found the World Cup but there’s so much more to this story than Pickles! It’s told here in a really entertaining and imaginative way. It’s tongue-in-cheek and irreverent whilst delivering genuine revelation”