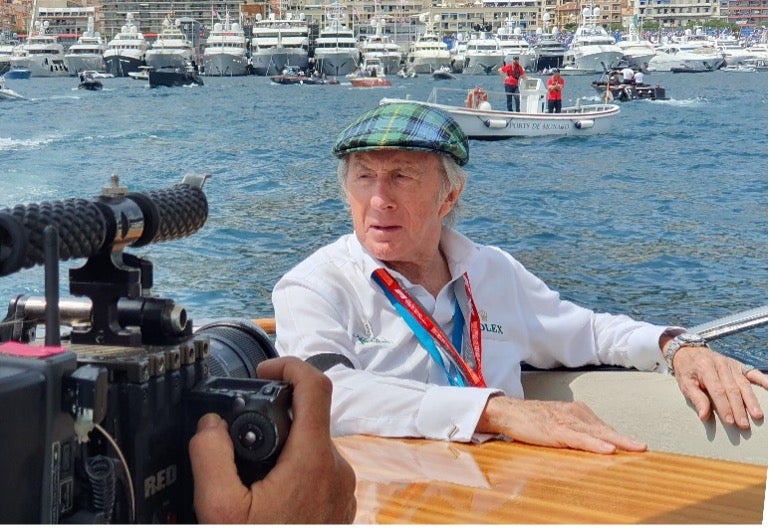 ON THE EVE OF MIPTV, NOAH RELEASE A FIRST-LOOK IMAGE FROM THEIR NEW DOCUMENTARY ON FORMULA 1 LEGEND SIR JACKIE STEWART.

The feature-length documentary was written and directed by Patrick Mark (Fabergé: A Life of Its Own), produced by Sarah Bayntun and Gareth Dodds (Spitfire, Armstrong) and executive produced by Jackie’s son, Mark Stewart (The Last Man on the Moon, Gazza) for MSP. Also executive producing are Bill Pohlad (American Utopia, 12 Years a Slave) and Jean-Marc Huët.

Using immaculately restored and previously unseen archive footage, STEWART charts the rush of excitement that heralded Jackie’s first F1 World Championship title in 1969.  From his humble beginnings outside Glasgow, through the darker years of the early 1970s when, despite opposition from those who believed that F1 should be ‘gladiatorial’, Stewart set out to improve racing safety.

Noah Media Group will commence World Sales on STEWART in the coming weeks, with an anticipated international release in the summer of 2022. The film joins Noah’s growing sales & distribution roster of premium documentaries including The Australian Dream, produced by Oscar winner John Battsek, and Steven Gerrard feature Make Us Dream.

Noah’s Head of Sales Catherine Quantschnigg, commented: “I am looking forward to presenting this exciting project to buyers around the world. This is a truly special film about one of the greatest sporting legends of all times.”

STEWART executive producer Mark Stewart added: “Being the son of a three-times Formula One world champion has given me a ringside seat for much of my father’s life; but I wanted to keep an arms-length away and see how director Patrick Mark and editor Shawn Tracey chose to tell the story. I’ve always respected my parents’ achievements but producing this film has made me realise how proud I am. We are delighted to be working with Noah to bring this film to audiences around the world.”

Noah is currently co-producing upcoming feature documentary Villeneuve & Pironi, centred around the captivating and tragic story of F1 legends, Gilles Villeneuve & Didier Pironi, in partnership with Sky Studios. Villeneuve & Pironi is executive produced by Noah shareholder and former Formula One race winner Mark Webber. Recent global productions for the prestige documentary specialists have included Netflix Original, 14 Peaks: Nothing Is Impossible and Arsène Wenger: Invincible, a co-production with Federation Entertainment, the definitive documentary on the footballing pioneer who changed the landscape of the English Premier League. The film was released on Canal+ in France and Amazon Prime Video in the UK in 2022.